Action Against Hunger works in over 45 countries around the world to save the lives of malnourished children and provide families with access to safe water and good nutrition.

One of these countries is South Sudan, where more than a year of conflict has left a devastating mark on the world’s youngest country. Since conflict erupted in South Sudan in December 2013, families have been plunged into unimaginable chaos. Tens of thousands have been killed and nearly two million more have fled their homes in terror. Half a million have escaped over the border, with many settling in Ethiopia, as well as Kenya, Sudan and Uganda. 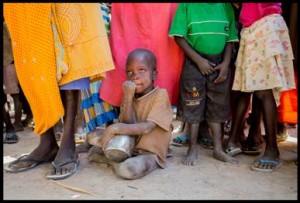 The displaced are mainly women and children, who fled the conflict with few possessions and little to no money. With many areas of the country engulfed by violence or the imminent threat of it, they are facing violence, hunger and disease.

Malnutrition rates among children in some areas in South Sudan were high before the conflict began. In fact, Action Against Hunger has been working in what is now South Sudan for 25 years. They have scaled-up their nutrition, water, sanitation and food security programmes to tackle the ongoing food crisis in South Sudan head on. 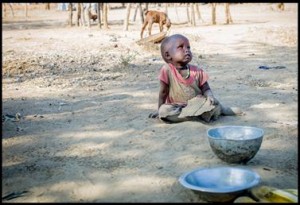 Action Against Hunger is currently supporting communities in the five most vulnerable states of South Sudan — Unity, Jonglei, Upper Nile, Warrap and Northern Bahr El Ghaza, providing families with food and, where possible, the tools and seeds to try to plant their own.

They are training community volunteers to help identify and refer malnourished children to their outpatient treatment programmes, installing water points and latrines and providing valuable support and advice to mothers on breastfeeding and good hygiene practice in a bid to prevent their children becoming ill. 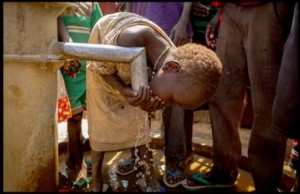 One of the children who has received support is Garang. At three years old, he should have been bursting with energy and eager to play. But when his anxious mother Abuk Kuot brought him to Action Against Hunger’s stabilisation centre in Aweil, in South Sudan’s Bahr el Ghazal region, his tiny body was drained. Dangerously malnourished, Garang was running a temperature, had diarrhoea and was refusing to eat. Tests revealed Garang was not only acutely malnourished but also suffering from malaria. Less than two days later though, having started malaria treatment, Abuk Kuot says her son appears to be improving and Action Against Hunger’s team are confident he will soon be feeling much better. It’s a relief for the single mother, who walked for hours to get her son to the clinic for help. 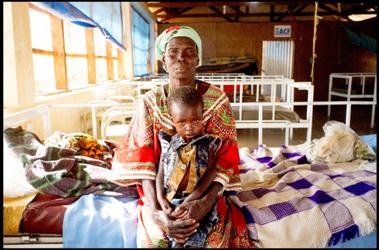