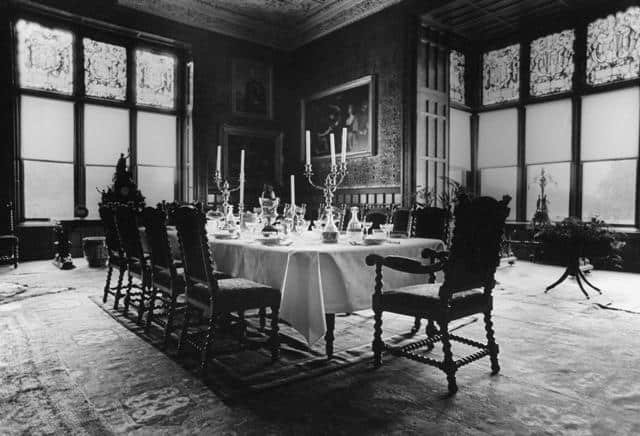 Whilst final preparations are made for our 2016 awards ceremony and exhibition, we took some time out to do a little photography exploration of our own.

We recently came across this highly evocative image of The Dining Room at Wolfeton House, Dorset, a quiet 15th century manor house in the English countryside, taken by Sir Simon Marsden [1948-2012].

Marsden was the great exponent of black and white photography of places ‘with atmosphere’. This picture reminded us of the shot of a table set for a meal taken in France in 1827 by Nicephore Niepce, widely regarded as the very first food photograph.

“I suppose it was natural that I should develop an interest in such phenomena from an early age, as I spent my childhood in two archaic haunted houses, Panton Hall and Thorpe Hall, in the remoteness of the Lincolnshire Wolds. Here I would play for days on my own in the vast parklands with only my imagination as a friend,” said Marsden himself.

"My father, himself a keen landscape photographer, gave me an old Leica camera on my twenty first birthday and I instantly became hooked on photography. What intrigued me most was the magic of time and light and the enigma of 'reality' that these elements conjured up. Over the years I have tried to portray this in various forms in my work: the unreality of the 'real' and the reality of the 'unreal'. The first roll of film that I shot was of cardboard cut-outs of ghosts that I arranged in tableaux in the gardens.

"Ghosts are a controversial subject and most people have their own theories as to what they might be. It is not my intention to try and convince you that ghosts exist, but rather to hopefully inspire you not to take everything around you at face value; to show that what we are conditioned to believe is 'reality' may not be quite all that it seems, if only we take the time to inquire. It is my personal belief that the relentless advance of science and technology is robbing our world of much of its inherent mystery, and that to suppress this subconscious spirituality is dangerous. Science can explain anything away if one allows it to, just as all one's original thoughts and beliefs as a child can be eroded by the cynicism of one's elders.

"I believe that another dimension, a spirit world, runs parallel to our own so-called 'real' world, and that sometimes, when the conditions are right, we can see into and become part of this supernatural domain. The mystical quality of my photographs reflects this ancient order and they attempt to reveal what is eternal.”

We spoke to Simon’s widow Cassie Marsden who acts a curator to his extraordinary archive of work. 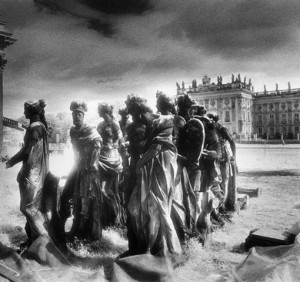 Which would you say is your favourite image from the archive and why?

A great favourite is Statues in front of Neus Palais, Potsdam, East Germany, where the figures had been taken off the palace to be cleaned, just after the Berlin Wall came down. It’s a unique picture, so extraordinary that Simon was there at the right time to take it. It looks as if they are real people having a conversation. It does something to me, I can’t quite say what.

What would you say was the key to his success?

Sheer  determination. He absolutely loved taking photographs, and the searching out of places to photograph. It was an obsession. He used infra-red film, it created the effect he was looking for, he was a romantic.  And he especially loved the darkroom, the magical chemistry of what happened in there.

Please tell us a little about his work methods?

If he was doing a book, he would take ages researching, get a huge map, mount it on a board and mark all the places he wanted to go to. Then he would set off, take the pictures, come back and spend literally months in the darkroom developing the images, followed by many more months writing up the stories.

Every trip he did - the weather was OK, he never messed up, the film always came back intact. He was very lucky.