In 2017 Mick Rock became winner of Errazuriz Wine Photographer of the Year (People) for his image ‘Cleaning Port Barrel’, seen below.

Image Above: Pouring boiling water into a barrel to clean it after assembly in the cooperage of Ferreira, Vila Nova de Gaia, Portugal. 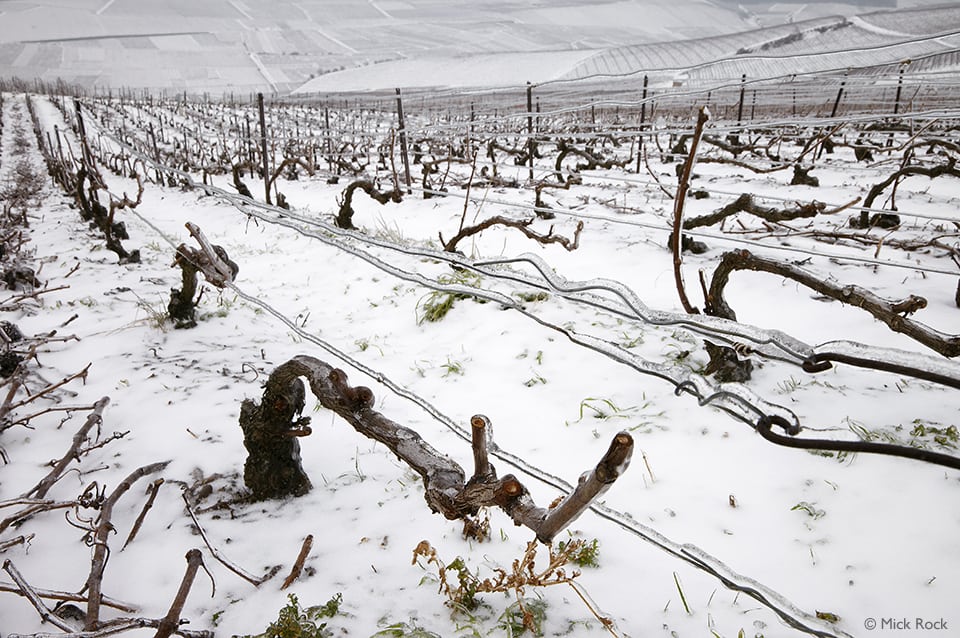 Upon becoming a Finalist, Mick commented, “I'm grateful to Errazuriz for sponsoring the 'Wine Photographer of the Year' award and thus helping to raise the profile of wine photography in its own right, rather than it just being an accompaniment to the written word. I have specialised in wine for over 30 years. It's a fascinating subject of which I never tire. Vineyards are invariably in beautiful places, so what could be better than travelling the world to photograph them?”

Image Above: Mondeuse vineyards high on the mountain above Lac de Bourget. Near Brison, Savoie, France.

In addition to being a wine photographer, in 1985 Mick established Cephas Picture Library a stock image source for wine pictures of the world. 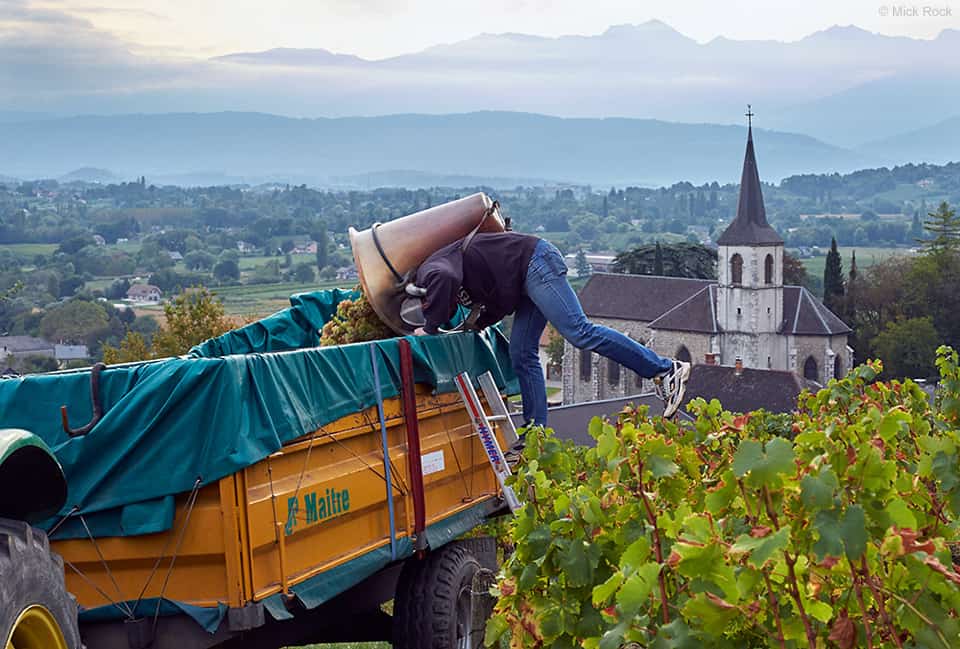 Mick, we’d love to hear about your latest projects:

“My latest project has been for Wink Lorch’s forthcoming ‘Wines of the French Alps’. I was also the principal photographer for her previous book ‘Jura Wine’ which in 2014 won Drinks Book of the Year at the Andre Simon Awards. Both are beautiful regions of France with wonderful wines made from idiosyncratic local grape varieties. For stock images we have recently provided many of the photos for the 4th edition of Oz Clarke’s Atlas of Wine, which is due to be published in October. Cephas has been the principal photo source for all editions of this award-winning book.” 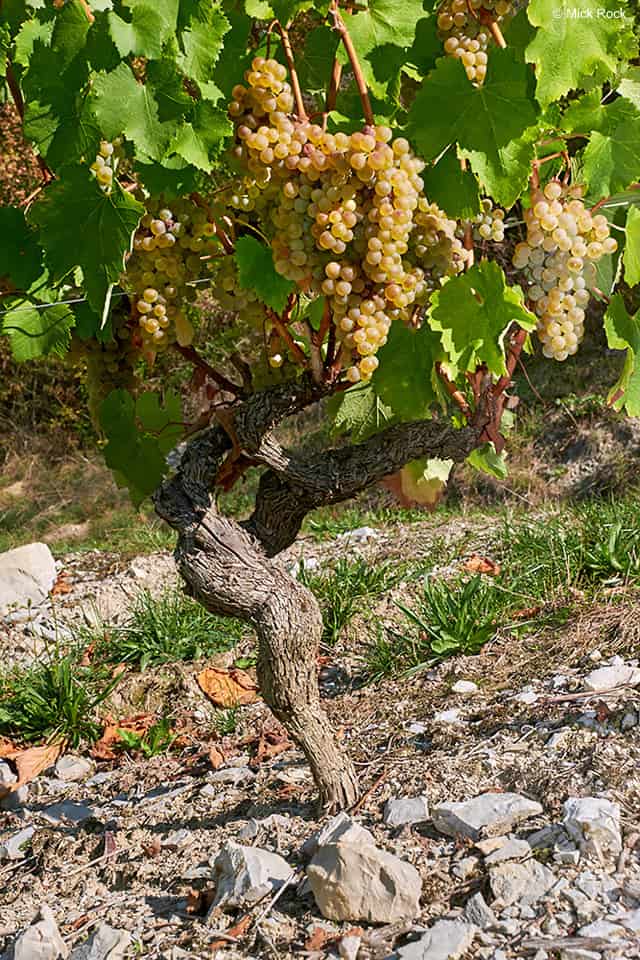 With all of this vast experience we asked Mick what 5 tips he would give to young aspiring wine photographers just starting their journey:

1) Wine is a fascinating subject: knowledge is vital, so learn as much about it as you can.

2) To save on hotel bills get a car that you can sleep in (or a tent). I started with a tent on a three-week trip around France in 1986.  Then in 1987 slept in a car whilst covering 10,000 miles in seven weeks shooting for two books: Wines of Italy and Wines of Spain & Portugal.

3) Photograph the detail as well as the big picture. The soil can be the most important thing about a vineyard - is it granite, schist, clay, limestone, marl, slate…?

4) For a specialist stock library, accurate and detailed captions are almost as important as the images themselves. Clients depend upon them. 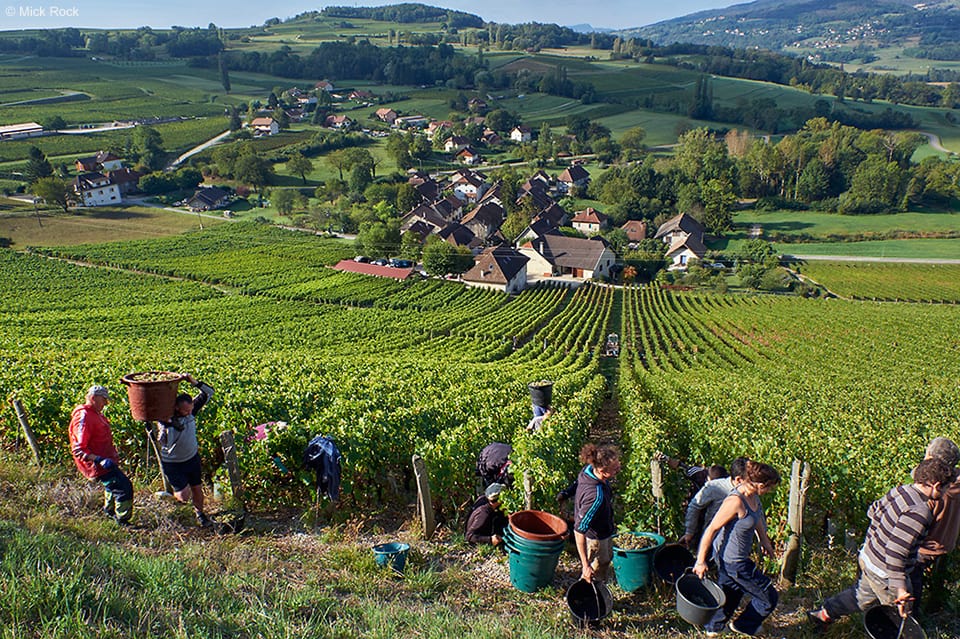 If you’d like to know more please visit Mick online at: 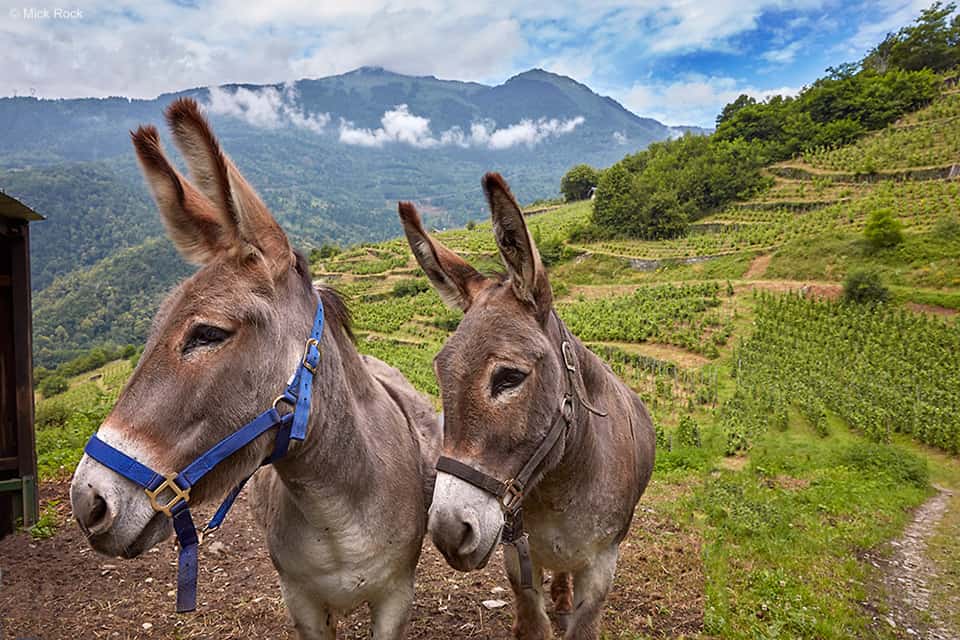