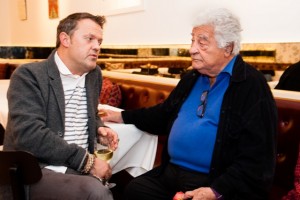 You only have to check out @lordloftus on Twitter or @DavidLoftus on Instagram to know that food photographer David Loftus is a busy man, flitting from one glamorous shoot to another, working with some of the best loved names in the culinary world.

This will be the third year that David has joined our esteemed panel of judges, seen talking to fellow judge Antonio Carluccio in 2013.

So it goes without saying that we are hugely grateful to him for taking time out to share his passion for food photography with us here on our blog.

As a judge of the Pink Lady® Food Photographer of the Year competition, what will you be looking out for?

Something a little different from the norm, something inventive, something new. And ultimately if the food shot doesn’t look as if one could eat it off the photo, then the photo doesn't work. The lovely thing about the Pink Lady® Food Photographer of the Year awards is that it covers every corner of the culinary experience, from source to mouth, so the breadth of subject matter is always impressive, and as a result, not always easy to judge. 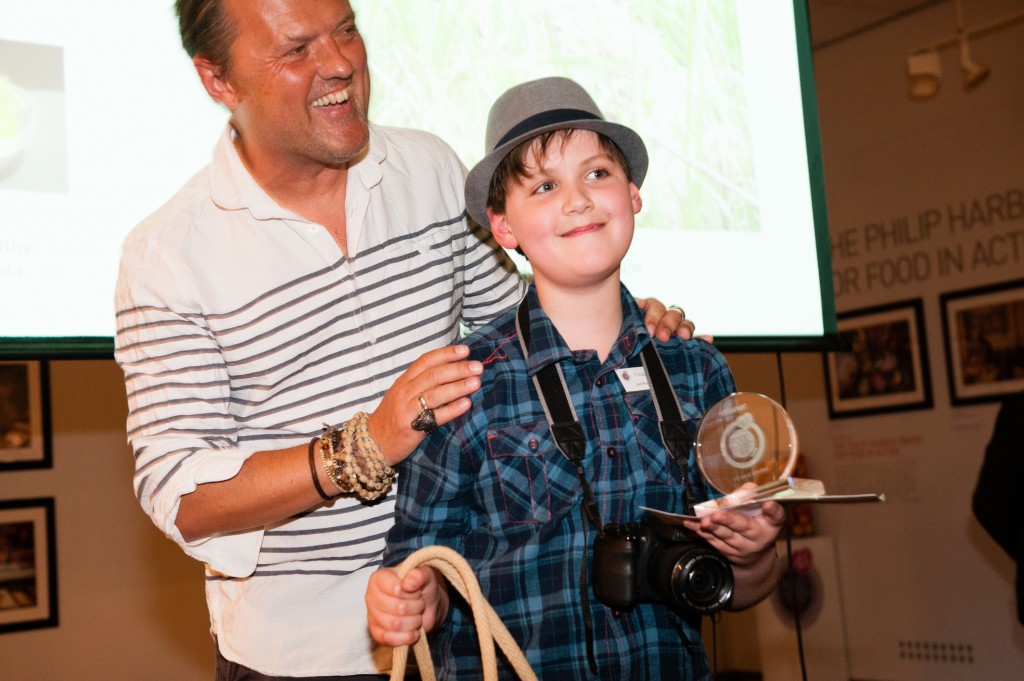 Image above: David presents Joel Roane, Young 10 and under category winner in 2013, with his award.

What are the key elements to taking great photographs of food?

As before, edibility is key. If the food doesn't cry out to be eaten, then as a food photographer, you have failed. Long gone are the days of shooting boot polished turkeys and lard for ice cream. Food should, in my mind, be shot as naturally as possible, quickly, as fresh as can be, with as little spit and polish as possible, preferably in natural light, but I am well aware that is not to everyone's taste. Some photographers display an extraordinary ability to light, without giving away that they have lit with artificial lighting. I couldn't do it! I avoid photoshop at all times, and the obsession with playing around with post production can often work heavily against a great photograph. 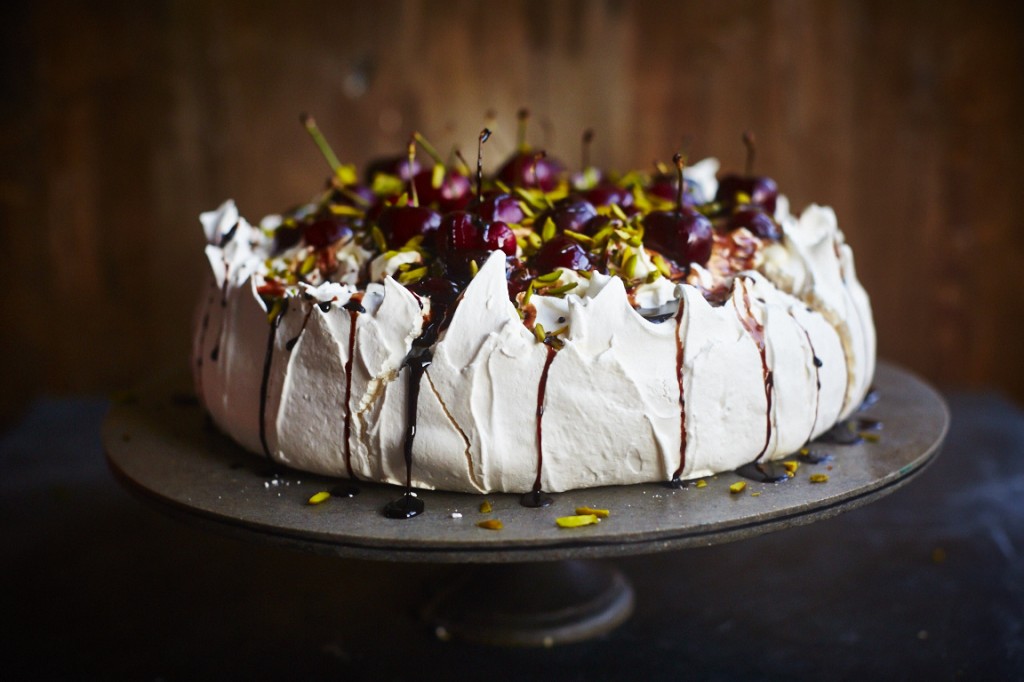 You’ve worked with high-profile chefs, such as Jamie Oliver. Are there any added pressures to working with someone so famous?

It honestly depends on the chef. I've worked with Jamie since the start of his career and we have become very close friends, so working with him is easy, though his technical knowledge of everything, including photography, can be a little daunting at times. He could easily have been a very successful photographer, but I'm not sure he'd swap roles now. The most terrifying subjects are the ones you expect, the kitchen bullies who are the product of the Michelin star seeking world, strict kitchens with tough guy tactics, and it's a world I have learned to run a mile from.

Do you get to taste what you photograph?

When Jamie and I shoot we taste and eat everything, and if we don't eat it all the gardener,the pot washer, the bin men and the neighbours builders all eat well. We are firstly creating food that is according to a recipe that will be seen globally, so it's tested several times over, and the shoot day is no different, but also the food waste on some shoots is abhorrent and we do anything to avoid it. I have eaten so well!

Do you cook yourself and if so does an understanding of cuisine help when photographing food?

When I have time, I love to cook, but I cook very simply and healthily. I've learnt an enormous amount over the years, particularly from Jamie, but also Genaro Contaldo, the pasta king, and from Nathan Outlaw, a chef who has managed to gain 2 Michelin stars by cooking fish stunningly with a tiny number of ingredients, and the manner Paddington Bear! I'm currently obsessed with eating raw salads,and raw fish, so the fridge is full, but the cooker is gathering dust.

In relation to food photography, what advice would you give your younger, less-experienced self?

I started photography when I was 8, shooting on an Olympus Trip my Father bought me, and he encouraged a love of imagery by buying second hand photography annuals for me to mull over. What they taught me very early on was that most great photography is spontaneous and natural and doesn't follow the rules of all the many photography manuals out there. Blurred movement isn't bad, light sources don't have to come from in front of the camera, and rules are meant to be broken. As a result my style develops naturally, I ignore the competition, and the rules. As a result, low light never worries me, I still don't know how to use a flash gun. I once shot Steve Redgrave, and the client insisted I use flash, but no one told me on the day that I had forgotten to plug it in. One of the best pieces of non shooting advice I ever got was to 'back up your images, and then back them up again!'... If I had heeded this advice earlier I would have saved myself numerous headaches! 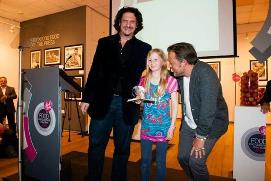 What has been the most unusual dish that you’ve ever photographed?

By far the worst was shooting with Cowboys  the removal of the testicles of a terrified calf on a Wyoming mountainside, which were then rolled in flour, dipped in camp side boiling oil, and eaten as 'prairie oysters', rarely have I felt so sick.

So…prairie oysters aside, we hope you are now inspired to get snapping some wonderful images of food. Take a look at our categories page to see what David means by, 'it covers every corner of the culinary experience, from source to mouth', and put your mark on the food photography world. Who knows, it might be you we are interviewing for our blog in 2016!