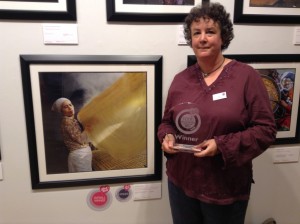 On Wednesday 23rd April 2014 Tessa Bunney of the UK and Lao PDR was announced as Pink Lady Food Photographer of the Year 2014 for her image 'Noodle Making' from her series 'Home Work' exploring 'craft' villages in the suburbs and villages in and around Hanoi, Vietnam.

Tessa’s image was the winner of the Philip Harben category for Food in Action and following the judges’ dinner at the Saatchi Gallery in March it was selected as the overall winner for 2014.

We asked Tessa how it felt to become the Pink Lady® Food Photographer of the Year 2014 and she said that “she was very excited, as one of her aims is to promote and tell the stories of small food producers and farmers around the world through her work, and this was one of the core reasons that she decided to enter the competition.”

Listen to an interview with Tessa for 'In Good Taste' on the night here.

Tessa is based in the UK in the North Yorkshire Moors. She told us that she spent many years working with small food producers and hill farmers around the area where she lives; documenting their lives, work and connection with the landscape. Furthermore, she said that her location had and still has a big influence on the projects she decides to undertake. The places she chooses to live are based on the projects she would like to work on. Presently, she is based in Lao PDR where she is working on a long-term project about the changing environment, in particular documenting subsistence farming in the mountainous areas. Tessa is interested in how the landscape shapes food production and the methods and traditions associated with that.

Tessa’s interest in food photography comes from her interest in different landscapes and the way they are shaped by human activity especially through agriculture.

Finally, we asked Tessa which photographers, if any, had most influenced her work, she said that for food photography her greatest influence is Tessa Traeger and for documentary photography Chris Killip. Tessa was absolutely thrilled to hear that Tessa Traeger was presented with our Lifetime Achievement Award and that the two had the opportunity to meet at the Champagne Taittinger awards ceremony in London. 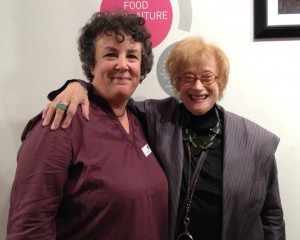 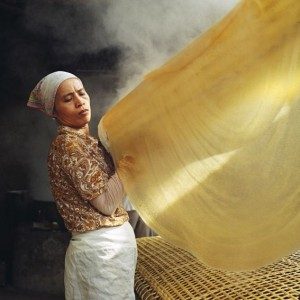