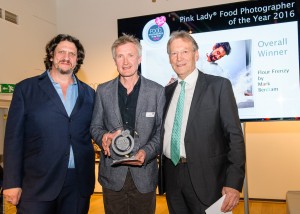 On Tuesday 26th April 2016, British photographer Mark Benham was announced as Pink Lady® Food Photographer of the Year 2016 for his image ‘Flour Frenzy’.

Mark’s image was the winner of the Philip Harben category for Food in Action and, following the Judges’ dinner at the Saatchi Gallery in March, it was selected as the overall winner for 2016.

Talking of the image and of becoming a Finalist Mark said, ‘The shot is of Duncan Glendinning , an artisan eco-friendly baker who runs The Thoughtful Bread Company in Bath. I took this shot while Duncan was doing a double shift. I spent the whole day with him and two other bakers in the basement of their shop. People buying the bread and cakes don’t realise what these guys have to go through to make them."

Originally a graphic designer, Mark took a year out in 1994, armed with a Minolta compact camera and several sketch books. “I took something like 1000 shots on 35mm slide film.”

Over the years, he has worked with studio-based photographers, has himself art-directed and styled shoots. “I’ve dedicated myself to photography since 1999, shooting documentary, travel, portraits and events.” He has had many photographic commissions for overseas clients too, as well as UK charities and museums, PR companies and magazines.

After the Awards ceremony, Mark was interviewed by BBC News Online. See the full interview here . 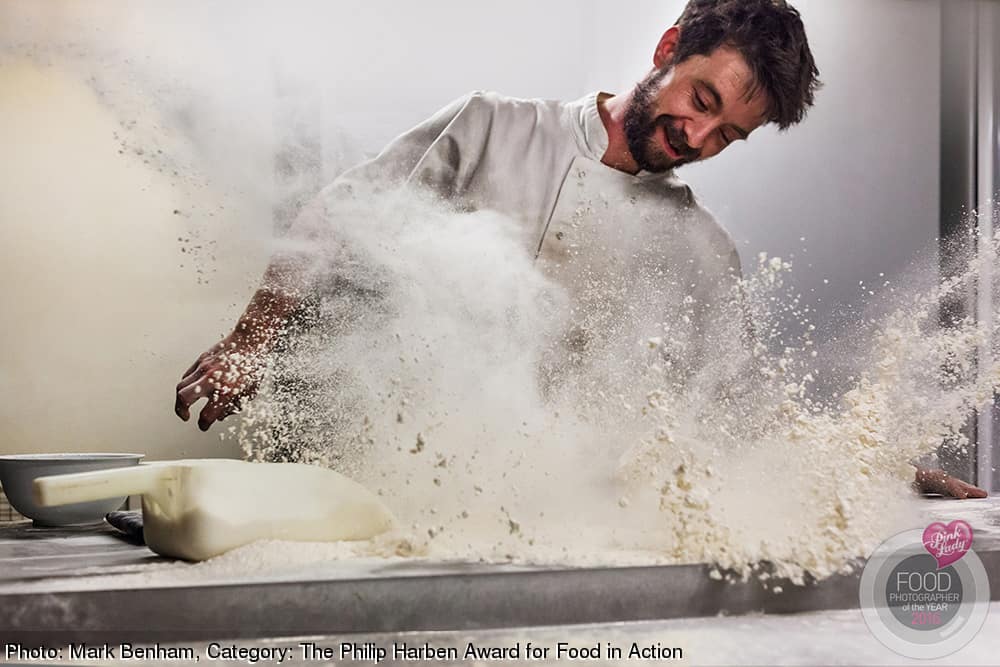